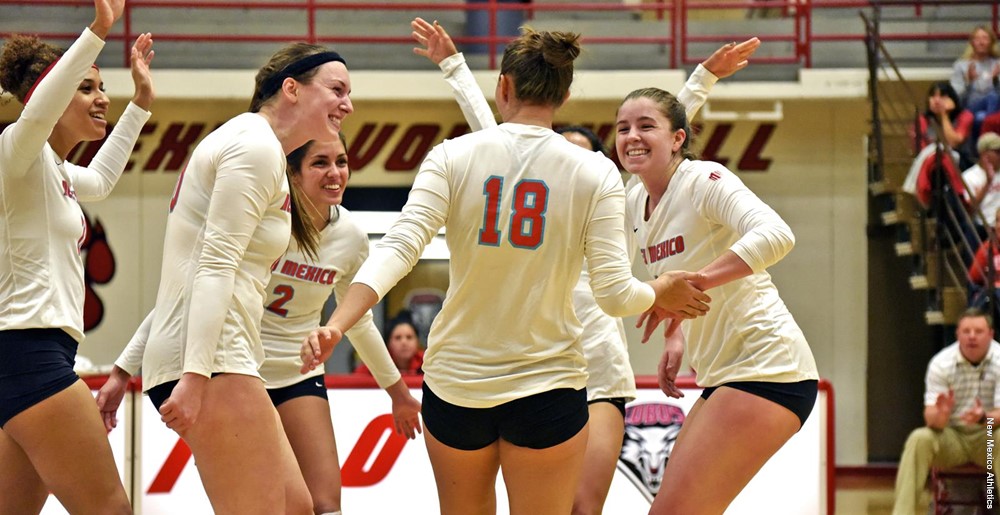 The design of the University of New Mexico Women’s Volleyball Advanced Skills Camp is for players who desire to gain confidence in their skills in the competitive arena. It is for girls in grade 7 up to grade 12 who are passionate about learning new skills and enhancing old skills. Moreover, this event is a four-day program that will start on July 11 and end on July 14. It is going to take place at the University of New Mexico’s top-notch Johnson Center South Gym. The program will be under the direction of the university’s women’s volleyball coaching staff. In addition, this volleyball camp is going to accept both residential and commuter campers.

The University of New Mexico is a public, coeducational, research, state flagship university in Albuquerque, New Mexico. Its main campus in Albuquerque is split into 3 parts. They are the north, central, and south. Additionally, the University of New Mexico is 176th in the National Universities, 2017 edition of the US News and World Reports Best Colleges rankings. Also, it is 93rd in the Top Public Schools category. Currently, the University of New Mexico accommodates around 20,200 undergraduate students. 44 percent of this undergraduate population are males and 56 percent are females. Correspondingly, the university’s student to faculty ratio is 20:1. The university colors are cherry and silver. It has 20 intercollegiate varsity teams. They are competing in the Mountain West Conference of the National Collegiate Athletic Association Division I. Their nickname is Lobos.

Head Coach Jeff Nelson is leading the University of New Mexico Lobos women’s volleyball team. He is the 2010 Mountain West Coach of the Year awardee. Furthermore, Coach Jeff Nelson is now in his 11th year at the helm of the Lobos volleyball program. The team’s assistant coaches are Pauline Manser and JJ Glavan. Ricardo Sanchez is the volunteer assistant coach and Allie Askew is the student manager. Then, the athletic trainer is Bree Muñoz and the director of operations is Elsa Krieg. Finally, Dave Buchholz is the Lobo league director.