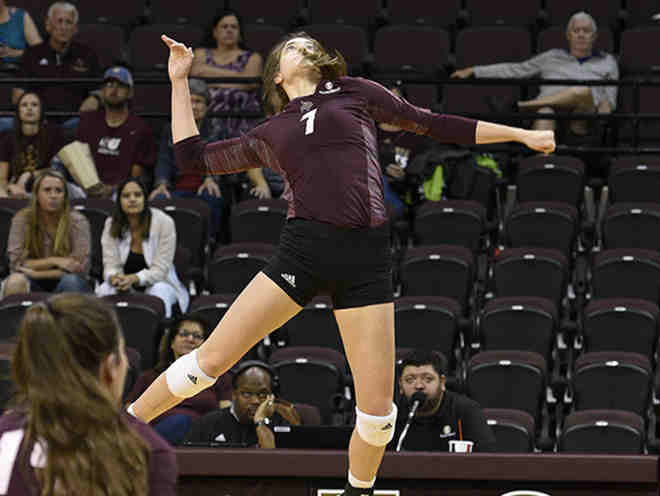 The Texas State University Women’s Volleyball Skills Camp is an overnight and commuter camp that will run from Jully 7 until July 9. It is inviting all 10 to 18 years old female volleyball players who desire to improve their game. It will take place at the university’s top-notch Strahan Coliseum. Additionally, this three-day training program aims at improving the participant’s technical and tactical knowledge. It also seeks to maximize the attendee’s volleyball potential. Furthermore, the training program will be under the supervision of the Texas State University women’s volleyball coaching staff. Check-in will begin at 10:30 AM on Day 1.

Texas State University, originally Southwest Texas State Normal School, is a public, coeducational, research university in San Marcos, Texas. It is a member of the Texas State University System. Likewise, it is the 5th largest university in Texas. It is offering 98 bachelors, 90 masters and 12 doctoral degrees. It’s latest total student population of both undergraduate and graduate students is 38,808. It has a Tier 2 ranking in the National Universities, 2017 edition of US News and World Reports Best Colleges rankings. Also, the university is 487th in 2017 Forbes National Universities rankings. Texas State University has 14 intercollegiate sports teams. They are playing in the Sun Belt Conference of the National Collegiate Athletic Association Division 1. In addition, their nickname is Bobcats while their mascot is Boko the Bobcat. The university colors are maroon and old gold.

Karen Chisum is the head coach of the Texas State University Bobcats women’s volleyball team. The 2017 season is her 39th season at the helm of the university’s volleyball program. She is a four-time Southland Conference Coach of the Year awardee and the 1986 Gulf Star Conference Coach of the Year. Moreover, Coach Chisum is one of Texas State’s most notable alumni. Then, the Bobcats associate head coach is Tracy Smith and the assistant coach is Sean Huiet. Finally, Summer Morgan is the graduate assistant coach.