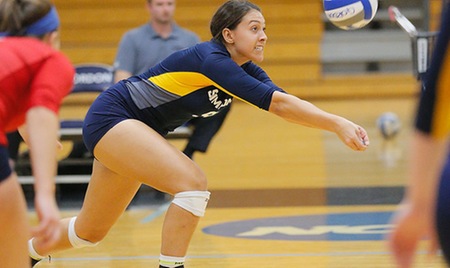 The Simmons College Sharks Women’s Volleyball Clinic is for all 10 to 18 years old girls in any skill level. It is a 4-day training program from July 25 until July 28 at the Holmes Sports Center in the Simmons College campus. Moreover, this volleyball clinic will provide instructions according to age, ability, and years of experience. Its goal is to improve individual skills and team understanding in both the offensive and defensive aspects of the game. The training program will also have a 10:1 camper to staff ratio. Additionally, the participants will receive a free Nike Volleyball Camps t-shirt and prizes.

The head coach of the Simmons College Sharks women’s volleyball team since the 2015 season is Scott Grandpre, a Rhode Island native. He is at the same time the Director of New England Amateur Athletic Union volleyball. He is also the Director of RIPP Boston Volleyball Club. Then, the Sharks women’s volleyball assistant coaches are Rossi Fish and Abby Hart. Finally, the team’s athletic trainers are Michael Welch, Shelby Wozmak, and Bridget Quinn.