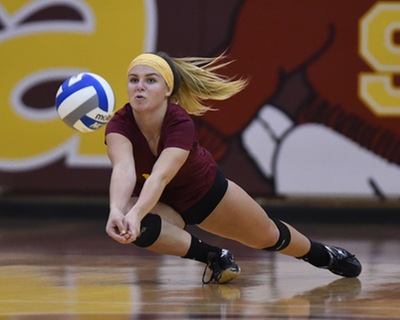 The Salisbury University Women’s Volleyball Sea Gulls Camp is inviting all incoming grade 9 to incoming college freshmen female volleyball players. This event is a four-day training program that will run from the 5th of July to the 8th of July. It is both a day and overnight camp that will take place at the leading-edge Maggs Physical Activities Center. Additionally, girls in grade 8 are eligible to register as day campers. This training program emphasizes individual skills development as well as improvement on game concepts understanding. Furthermore, the training program will also incorporate competitive 6-vs-6 matches. Check-in will run from 12:00 PM until 2:00 PM on Day 1.

Salisbury University, colloquially just ‘Bury’, is a public coeducational university in Salisbury, Maryland. It is a member of the University System of Maryland. As a whole, the university has an accreditation from the Middle States Commission on Higher Education. Currently, Salisbury University’s total undergraduate student population is 7,861. This undergraduate student population is through a selective enrollment acceptance rate of 66 percent. The university’s student to faculty ratio is 16:1. Moreover, Salisbury University is 78th in Regional Universities North of the 2018 US News and World Reports Best Colleges rankings. It is also 42nd in the Best Colleges for Veterans rankings. In sports, the university is a member of the Capital Athletic Conference of the NCAA Division III. The university athletes’ nickname is Sea Gulls. Meanwhile, their identity colors are maroon and gold.