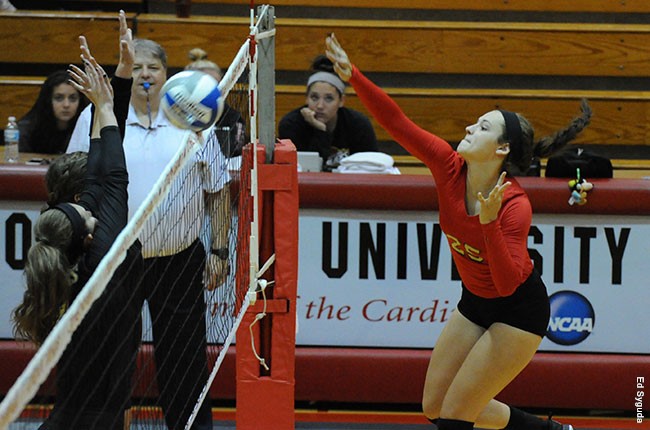 Otterbein University will be holding its annual Otterbein University Women’s Volleyball Cardinals Camp on June 4  to June 6. It is open to all and any girls in grade 7 up to grade 12. The camp is ideal for those who are aspiring at taking their game to the next level. Additionally, this three-day event will take place at the Otterbein University campus. The training program will provide technical, situational, and positional sessions. There will also be film analysis and competitive games and scrimmages. Furthermore, check-in starts at 8:30 AM on Day 1 and check-out will be at 3:30 PM on Day 3. The camp is open for parents who like to view the program.

Otterbein University, formerly Otterbein College, is a public, coeducational, liberal arts college in Westerville, Ohio. Its name is in honor of Philip William Otterbein, the founder of the United Brethren in Christ. Overall, the university has an accreditation from the Higher Learning Commission. Otterbein University’s total undergraduate student population is 2,485. It is through a selective enrollment acceptance rate of 73 percent. Correspondingly, the university’s student to faculty ratio is 12:1. Otterbein University is among the nation’s best university’s. As a matter of fact, it 19th in Regional Universities Midwest of the 2018 edition of the US News and World Reports Best Colleges rankings. It is also 12th in the Best Colleges for Veterans category. In sports, Otterbein University is competing mainly in the Ohio Athletic Conference of the NCAA Division III. They are the Cardinals. Tan and cardinal are their identity colors.

The head coach of the Otterbein University Cardinals women’s volleyball team since the 2007 season is Monica Wright. She is the 2010 Ohio Athletic Conference Coach of the Year. In addition, Coach Wright is also a recipient of the American Volleyball Coaches Association “30 Under 30” Award. Then, the Cardinals women’s assistant volleyball coaches are Marinda Fries, Patrick Kerley, and Lauren Ladd. Finally, Megan Mills is the team’s graduate assistant coach.