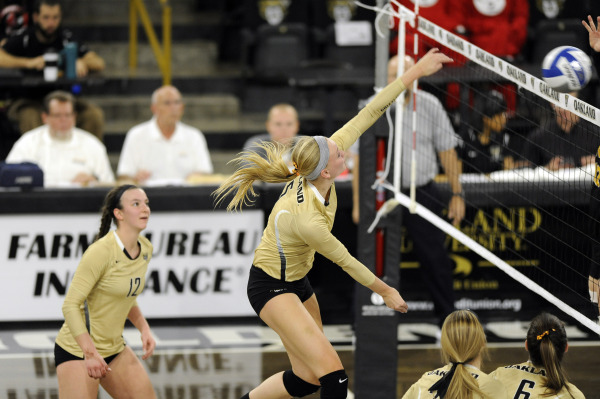 Learn and enjoy at the Oakland University Women’s Volleyball Golden Grizzlies Elite Camp. It is a three-day high-level volleyball training program from July 7 until July 9. Its venue is Oakland University’s state-of-the-art facility, the O’rena. Furthermore, this volleyball elite camp is inviting all girls in grade 7 through grade 12. It will provide challenging sessions and drills that will improve individual, positional, and combinational skills. In addition, this training program also emphasizes the team aspects of the game. The event is especially for those who have already a strong foundation of the game. It will accommodate both residential and commuter campers.

Oakland University, originally Michigan State University–Oakland, is a public, coeducational university in Rochester, Michigan. It is a Doctoral Research University according to the classification of the Carnegie Foundation for the Advancement of Teaching. Overall, Oakland University has an accreditation from the Higher Learning Commission. It is using a semester-based academic calendar. The university is currently serving around 16,600 undergraduate students and around 3,400 postgraduate students. Correspondingly, its student to faculty ratio is 21:1. Oakland University is also a top performing university. As a matter of fact, it is 529th in the 2017 Forbes Magazine’s List of America’s Best Colleges. In sports, the university is competing in the Horizon League of the NCAA Division I. They are the Golden Grizzlies and their official colors are black and gold.