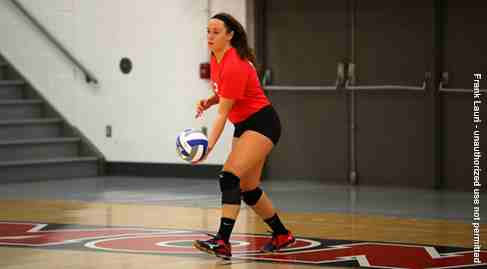 The King’s College Monarchs Women’s Volleyball Camp is inviting all and any girls in grade 6 up to grade 12. It is a four-day training program that will run from July 10 until July 13. Its venue is King’s College’s state-of-the-art Scandlon Gymnasium. In addition, the program seeks to provide enjoyment and improvement. Its on-court sessions include individual skills and combination drills. The training program also features daily competitions and game situation drills. Moreover, this volleyball camp is under the supervision of the King’s College women’s volleyball coaching staff and its current players.

King’s College Wilkes-Barre is a private, coeducational, Catholic, liberal arts college in Wilkes-Barre, Pennsylvania. It is an affiliation of the Roman Catholic Church (Congregation of Holy Cross). The college as a whole has a Middle States Association of Colleges and Schools accreditation. Additionally, it is 57th in the Regional Universities North of the 2017 edition of the US News and World Reports Best Colleges rankings. And, it is 30th in the Best Value Schools rankings as well as 425th in the Business Programs rankings. Currently, King’s College Wilkes-Barre is accommodating around 2,300 students. The college’s student to faculty ratio is 12 is to 1. Furthermore, the college supports 24 intercollegiate sports teams. They are competing in the Middle Atlantic Conference of the National Collegiate Athletic Association Division III. Their nickname is Monarchs while there identity colors are red and gold.

Bernie Kachinko is the head coach of the King’s College Monarchs women’s volleyball team. He is the holder of the college volleyball most number of wins record. Correspondingly, Coach Bernie Kachinko is a three-time Middle Atlantic Conference Freedom Coach of the Year awardee. He is a King’s Colleg alumni and a member of the American Volleyball Coaches Association. Then, the Monarchs women’s volleyball assistant coach is Allison Regan. Coach Regan is now in her second year with the coaching staff. She is a Manhattanville College alumni.