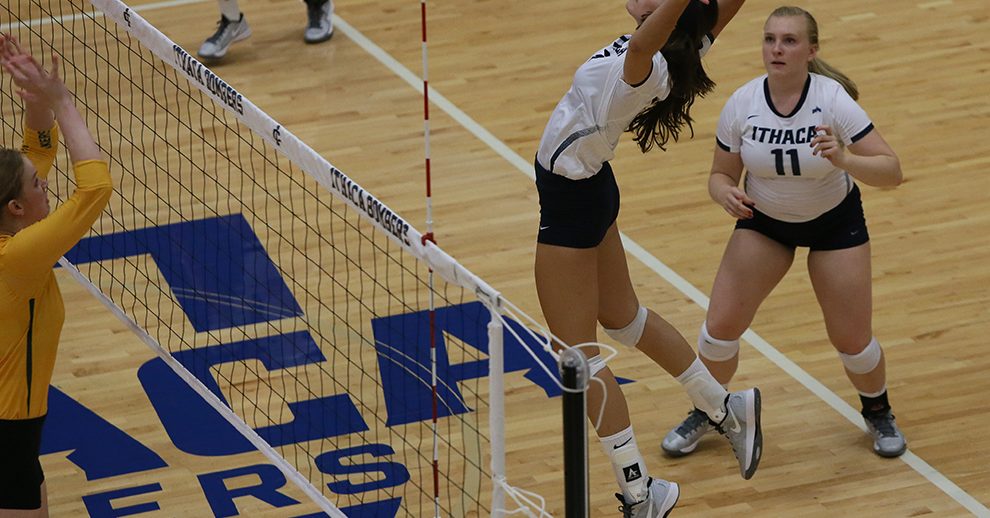 Ithaca College, originally Ithaca Conservatory of Music, is a private, coeducational, liberal arts, nonsectarian college in Ithaca, New York. It is a member of the National Association of Independent Colleges and Universities. At the same time, Ithaca College is also part of the Council of Independent Colleges. Ithaca College is popular for its long list of alumni who are famous in the media and entertainment industries. Furthermore, the college is 8th in Regional Universities North, 2018 edition of Best Colleges rankings. It is also 13th in the Best Value Schools rankings. Currently, it accommodates around 6,700 undergraduate students and around 500 postgraduate students. The student to faculty ratio is 11:1 with acceptance rate at 70 percent. Ithaca College has 25 intercollegiate sports teams. They are competing in the Liberty League of NCAA Division III. Blue and gold are their identity colors.

Johan Dulfer who hails from the Netherlands is the Ithaca College head volleyball coach since the 2016 season. He is a 4-time Liberty League Coach of the Year awardee. Coach Johan Dulfer is also a 3-time American Volleyball Coaches Association New York Region Coach of the Year awardee. Then, the women’s volleyball assistant coach is Kaley Vogel. Coach Vogel is a master’s degree in sport and fitness administration graduate from Winthrop University. Dylan Gawinski Stern is the team’s volunteer assistant coach. And finally, Chrissy Guest is the faculty athletic mentor.