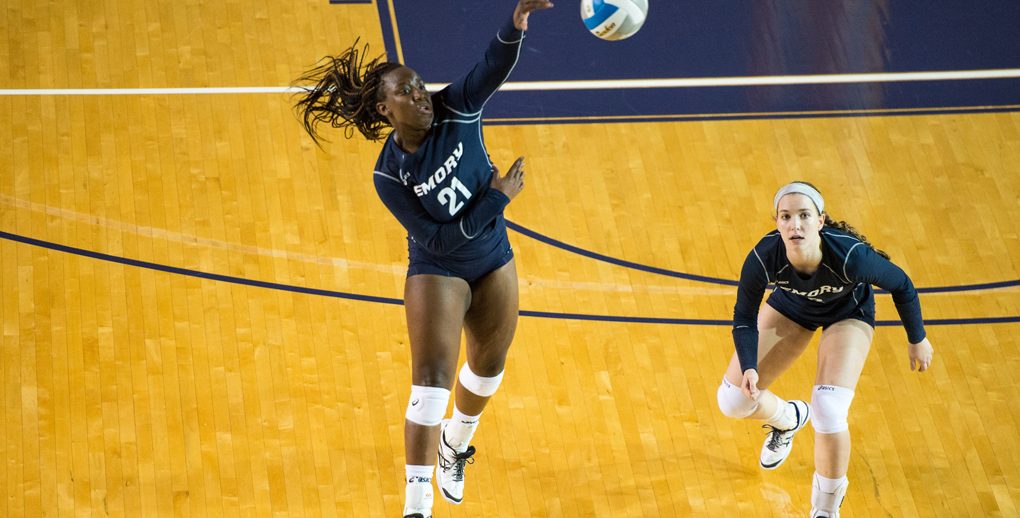 Join the Emory University Women’s Volleyball Eagles Elite Camp for an advanced and high-level training program. It is three-day volleyball camp that will run from July 17 until July 19. The program is especially for girls in grade 9 up to grade 12 with high volleyball skill level. In addition, this program is also a ground to gain recognition from the university’s volleyball team recruiting staff. It includes discussions regarding college recruitment processes and requirements. Furthermore, the program is set to start at 1:00 PM on July 17 and end at 12:30 PM on July 19. It is open to both commuter and residential campers.
Emory University, originally Emory College,s is a private, coeducational, research university in  Druid Hills, Georgia. It is an affiliation of the United Methodist Church. Consequently, it is also an affiliation of the International Association of Methodist-related Schools, Colleges, and Universities. Emory University has an accreditation from the Southern Association of Colleges and Schools. It is one of the nation’s leading academic institutions. As a matter of fact, the university is 21st in National Universities, 2018 edition of Best Colleges rankings. It is 17th in Best Value Schools rankings and 15th in Business Programs rankings. Currently, the university’s total student population is around 15,300. This is with an acceptance rate of 25 percent. In athletics, Emory University fields 18 intercollegiate sports teams in the University Athletic Association of NCAA Division II. The athletics nickname is Eagles and their identity color is blue.

Head Coach Jenny McDowell, a University of Georgia alumni, is leading the Emory University Eagles women’s volleyball team since 1996. She is the 2008 National Division III Coach of the Year awardee. Ultimately, Coach Jenny McDowell is a seven-time American Volleyball Coaches Association Regional Coach of the Year awardee. Under her guidance, the Eagles’ volleyball team has already a national title. Then, the team’s assistant coaches are Brianna Jones, Scott Shelley, Kyle Landrigan, Sydney Miles, and last but not the least Jessica Holler.