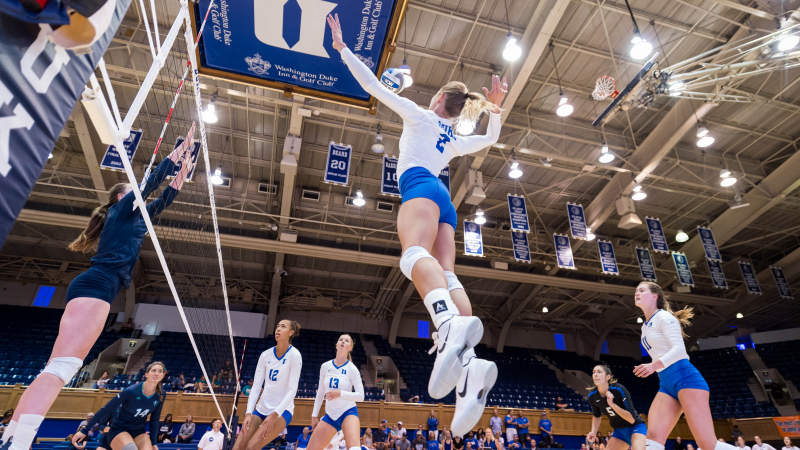 Join the Duke University Women’s Volleyball Blue Devil Elite Camp. It is a full-day high-level volleyball training program for players who want to play at the collegiate level. The camp is inviting all 14 to 18 years old girls who desire to enhance their skills and understanding of the game. In addition, this elite volleyball camp gears on expanding the participant’s volleyball potential. It is going to take place at the Cameron Indoor Stadium at the university’s west campus on the 14th of July. Furthermore, the program is set to start at 9 o’clock in the morning and end at 4 o’clock in the afternoon.

Duke University, originally Brown School, is a private, coeducational, research university in Durham, North Carolina. It is a member of the Consortium on Financing Higher Education. The university is also part of the National Association of Independent Colleges and Universities and the Association of American Universities. Moreover, Duke University as a whole has an accreditation from the Southern Association of Colleges and Schools. It is one of the nation’s top performing academic institution. In fact, Duke University is 8th in the 2017 Forbes Magazine’s List of America’s Best Colleges. It is also 9th in National Universities U.S. News and World Report 2018 edition of Best Colleges rankings. Additionally, the university athletics teams are competing in the Atlantic Coast Conference of the National Collegiate Athletic Association Division I. They are the Blue Devils and their identity colors are blue and white.