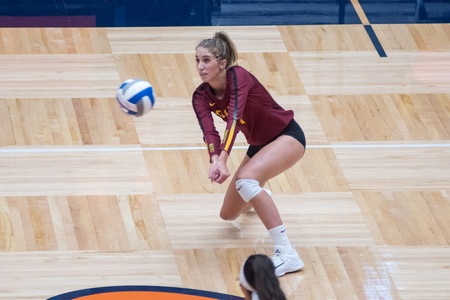 Join the Calvin College Women’s Volleyball Elite Position Camp on the 10th of July until the 13th of July. It is inviting all female volleyball players in the 7th up to the 12th-grade. The venue is the Van Noord Arena on Calvin College campus. Furthermore, this volleyball elite position camp is ideal for outstanding players who dream to compete at the college level. It will provide high-quality instructions and techniques for developing serving, passing, and defending skills. Additionally, this training program will be under the supervision of the Calvin College women’s volleyball coaching staff along with its current college players.

Calvin College is a private, coeducational, liberal arts college in Grand Rapids, Michigan. It is an affiliation of the Christian Reformed Church. The institution is also a member of the Calvin Theological Seminary and the Council of Independent Colleges. Moreover, it is 1st in the Regional Colleges Midwest 2017 rankings. Likewise, it is also 1st in the Best Undergraduate Teaching rankings. Currently, the student population is around 4,000 with a 46 percent male and 54 percent female students gender distribution. The student to faculty ratio is 13 is to 1. Calvin College has 10 intercollegiate sports teams. These teams are campaigning in the Michigan Intercollegiate Athletic Association of the National Collegiate Athletic Association Division III. Their nickname is Knights. Correspondingly, maroon and gold are their identity colors.

Amber Warners is the head coach of the Calvin College Knights women’s volleyball team. She is the 2nd most winningest active coach in the National Collegiate Athletic Association Division III. Coach Amber Warners is also a 4-time NCAA Division III AVCA National Coach of the Year awardee. Ultimate, under her guidance, the Knights women’s volleyball has already 3 National Championships together with 10 Michigan Intercollegiate Athletic Association Titles. The team has also 13 NCAA Division III Tournament appearances with Coach Warners at the helm. Then, the college’s women’s volleyball assistant coaches are Rey Castillo, Kelly Hevelhurst, and Laura Bindon.