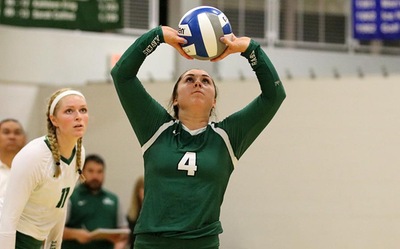 Join the Babson College Beavers Women’s Volleyball Senior Camp on August 7 to August 11. It is an opportunity to participate in a high-level college volleyball training program. It is a venue for prospective college volleyball athletes to showcase their skills in front of college recruiting staff. Additionally, this training program provides a strong emphasis on refining the player’s fundamental skills and tactical knowledge. It will also incorporate competitive drills and scrimmages. Moreover, this event is specifically for girls, 14 to 17 years of age. It will take place at the Babson College volleyball facility.

Babson College, formerly Babson Institute, is a private, coeducational academic institution is Wellesley, Massachusetts. Its name is in honor of its founder Roger Babson, a notable American economist. It is part of the Three College Collaboration with the Olin College and Wellesley College. Furthermore, Babson College as a whole has an accreditation from the New England Association of Schools and Colleges. Its business programs have also an accreditation from the Association to Advance Collegiate Schools of Business. Currently, the institution is serving around 2,300 undergraduate students. 52 percent of this student population are males while 48 percent are females. Babson College’s enrollment acceptance rate is 25 percent. In sports, Babson College features intercollegiate teams in the New England Women’s and Men’s Athletic Conference, a Division III of the National Collegiate Athletic Association. They are the Beavers.